If you recently had a guy raise his eyebrows at you and smiled then you are probably wondering what it meant.

This post will try to help you figure out why a guy might have raised his eyebrows at you and smiled and to help you to understand it as it happens in the future.

So, what does it mean when a guy raises his eyebrows and smiles at you? It can mean that he is attracted to you especially if he only raises his eyebrows at you, he also changes his behavior when he sees you and if she shows other signs of attraction. It could also be that he was pleased to see you, he might have been letting you know that he saw you or he might have found something funny.

When trying to understand why a guy might have raised his eyebrows and smiled it’s important to consider what other aspects of his body language were suggesting.

By doing so you will be able to get a better idea of the emotions behind why they did it.

Why a guy might raise his eyebrows at you and smile

There are a number of reasons why a guy might raise his eyebrows at you and smile and each of them will likely come with a number of clues in their body language.

Below, I will mention a number of reasons why a guy might raise his eyebrows at you and smile along with the body language signals to look for.

The reason that he did it might be because he is attracted to you.

If this is the case it is likely that he would also show other signs of being attracted to you.

He might also mirror your behaviors. This means that if you touch him then he would touch you back, he might stand with a similar stance to you, he might use similar hand gestures to you and he might smile in a similar way to you.

When men are talking to a woman that they find attractive they will often talk with a deeper voice. This is because it highlights that they have an abundance of testosterone. It’s also been found that they will occasionally talk at a higher pitch as well. This is likely to be because it signals that they are not a threat.

This means that if he tends to talk to you with a deeper voice than he does to his friends and if he occasionally speaks at a higher pitch then it would suggest that he is attracted to you.

You might also find that he tends to hold his gaze with you for longer than is normal and that he glances in your direction a lot when he isn’t in front of you. If you catch him looking at you then he might quickly look away or he might smile at you.

Additionally, it would be likely that he would point his feet in your direction when he is talking to you and when you’re not directly in front of him. This is because people point their feet in the direction that they would like to go and towards people that they like.

He’s glad to see you

He might have raised his eyebrows at you and smiled because he was glad to see you since he likes you but not due to attraction.

It could be difficult to differentiate between whether he did it due to being attracted to you or because he was glad to see you since many of the body language signals would be similar.

For example, if he was glad to see you then he might also:

However, it is less likely that he would do these things:

He was letting you know he saw you

One reason that he might have raised his eyebrows at you and smiled was that he was saying hello to you and letting you know that he saw you.

If this was the case then he would have likely done it as soon as you both looked at each other. It also would likely have been in a situation where it was not so easy for you to speak to each other such as if you were in a meeting together.

In this case, it would be likely that he also does this with his other friends as well.

He found something funny

If he did it right after you said a joke then it would simply suggest that he found it funny.

If he did it right after someone else said a joke and he looked at you and raised his eyebrows and smiled then it would suggest that he likes you and that he’s attracted to you. This is because people look at people that they like when laughing to see if they also found it funny.

Consider when he did it

When trying to figure out why a guy might have raised his eyebrows at you and smiled it would help to consider the timing of it.

If he did it as soon as he saw you then it could mean that he finds you attractive, he likes you as a friend or that he was saying hello. In this, case it would be necessary to observe what he did next and to observe other aspects of his body language in order to make sense of the reason.

Whereas if he did it right after you said something then he would likely have been showing his reaction to what you said which, in this case, is likely to have d.

When trying to figure out what a person’s body language might be suggesting it is important to consider what their normal behavior looks like.

If, when he smiled at you and raised his eyebrows, he was also showing aspects of his body language that are different to normal it would suggest that there was a more emotional reason for the raised eyebrows and smile.

In that case, it would be important to consider what aspects of his body language were different and to think about what type of behavior they would usually be associated with.

If he usually does it then it wouldn’t mean much unless he was also showing aspects of his body language that was different.

Think about the location

The location that he raised his eyebrows at you and smiled in would also be of use.

If he did it in a classroom or a meeting where it was difficult for him to talk to you then it could just be that he was letting you know that he saw you.

Whereas, if it was in a more social environment where he was able to talk to you easily it would be more likely that he was pleased to see you or that he was attracted to you.

Consider his other body language signals

When trying to figure out what body language signals mean it is important to consider more than one signal at a time.

If he was only showing one signal that he was attracted to you then it wouldn’t be a good idea to base your conclusions on that since people might do single things for a variety of reasons.

It would also help to consider what your relationship with him is like.

If you are both good friends then he may or may not have done it due to attraction and it will be necessary for you to see a few more signals of friendship or attraction to figure that out.

Whereas if it was a guy that you have never met before then it would be a stronger indicator that he was attracted to you.

What does it mean when a guy raises his eyebrows when he sees you? He might be surprised to see you, attracted to you or it could be his way of saying hello. It would be necessary for you to consider his body language and your interactions with him to get a better idea of why he did it. 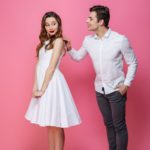 What does it mean if a guy taps you on the shoulder? 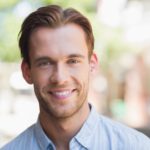 What does it mean when a guy stares at you and smiles?