If you have noticed that you have been tapping your or that someone else has you’re probably wondering why and what it might mean.

So, what does it mean if someone taps their feet? It can indicate that someone is nervous, lying, excited, bored or even attracted to someone else. Their other body language signals and the context will likely help you to figure out the exact reason.

Since there are actually a number of reasons that someone might start to tap their feet it is important to also consider their normal behavior, where it happens, when it happens and other body language signals that they are showing.

Each of the different reasons that someone might begin to tap their feet will likely come with a number of other clues with their body language.

Below, I will mention a number of reasons that someone might tap their feet along with the body language signals to look for.

One thing that might cause people to tap their feet is that they are nervous.

If this is the case, then the tapping might have started when a particular person entered the room or when they were asked a certain question. It might also happen when they’re waiting to do something that they’re unsure about such as when waiting to see the doctor.

This type of foot tapping might also be combined with pointing the feet towards the exit which would signal that they want to leave.

If they are nervous then they would likely show a number of other signs with their body language such as:

One reason that someone might begin to tap their feet is that they are lying.

If someone does begin to tap their feet, in this case, it wouldn’t mean that they definitely are lying. Instead, it would suggest that the question or statement has caused them to have an emotional response which might be due to lying.

If they do begin to foot tap due to lying then they would also likely show a number of the signs of nervousness mentioned above.

If the foot-tapping is more of a bouncing type of tapping or if the toes are wiggling then it could mean that they are genuinely excited about something.

This type of foot-tapping would likely have started right after hearing some good news or maybe even after someone they really liked entered the room.

If it is due to excitement then they would likely have shown a number of other body language signals that suggest excitement such as:

When we are with someone that we are attracted to we will often touch their feet with ours. If someone begins to tap other people’s feet with theirs then it would often signal attraction.

If this is the case, then obviously it would be with another person that they are attracted to and their reaction would likely signal if it’s happened before or not and if they welcomed it.

If it is due to attraction then they would also show a number of other signs of attraction such as:

One reason that someone might begin to tap their feet is that they are bored.

This would likely take place in a setting where they don’t have control over when to leave or it would be impolite to leave. Examples would be, on a dull date, in a classroom or in a business meeting.

If they are bored then they would likely be showing a number of other boredom signals such as:

The reason that someone might begin to tap their feet could be because they are mirroring the behavior of someone else.

When we like a person or we want to fit in with a new group of people we will often mirror their body language. This is because it will help us to get accepted by the group as one of their own.

In this case, it is likely that they would mirror other behaviors such as:

Consider when they started doing it

When trying to make sense of why someone might begin to tap their feet it would be helpful to consider when it started happening.

If it was right after being asked a question it would suggest that they had some kind of an emotional response to the question.

If it was when someone entered the room then they might have good or bad feelings about them.

If it was as soon as they sat down then they might be nervous about something that they are waiting for.

Consider where they started to do it

It would also be helpful to consider the location that they tapped their feet in.

If it was in a classroom or a meeting then they would likely have been bored or perhaps in disagreement.

If it was in a social setting then they might have been nervous or even attracted to someone.

Learning what their normal behavior looks like would also likely help you a lot in figuring out why they might have started to tap their feet.

If they have a habit of tapping their feet then, when they do tap their feet, it wouldn’t be a strong indicator that something is wrong.

However, if they rarely do it then it would more strongly suggest that something is different for them. 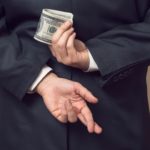 What does it mean when someone hides their hands? 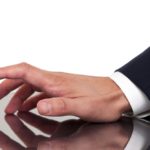 What does it mean when someone taps their fingers?