If someone recently winked at you your probably wondering why and what it meant. This post will give you a number of possible reasons why someone might wink at you and will try to help you to better understand its meaning in the future.

There are actually many possible reasons why a person might wink. The best way to figure out what its meaning might be would be to consider the context in which they winked, the environment they’re in and to look at other body language signals that they’re giving off.

There are a number of reasons that a person might wink at you that I will mention below.

The reason that the person might wink at you might be as a sinister way of saying “haha I got you and I got away with it” an example of when this happened was when Cristiano Ronaldo winked after getting an opposition player (Wayne Rooney) sent off.

This type of winking will generally be very easy to recognize and would be more likely to come from people that you don’t get along with or after a heated exchange.

“I got away with it”

One reason that someone might wink is to signal that they got away with something.

This type of winking would be more likely to occur when they did something mischievous that could have gotten them in trouble that you know about.

To say “I have you covered”

One of the possible reasons that someone might wink at you is when they tell a lie to someone about something that you don’t want people to know about. In this case, the wink would be to suggest that they won’t tell anyone about your secret.

One reason that a person might wink is to let you know that they find you attractive. This type of winking would be more likely to come from the opposite sex. It would also be more likely to occur in a social setting such as at a party or at a night club.

If the person is winking at you to suggest that they find you attractive there will probably be a number of other signals that would complement the wink.

They might look at you frequently, they may talk to you a lot more than other people, they would likely try to keep the conversation going when they’re with you, they’ll hold their gaze with you for longer, they might point their feet towards you, their pupils will dilate when around you and they might touch you more regularly.

To tell you about something mischievous

It could be that they are winking at you to let you know about something ous that they are doing. An example of that might be when a man winks at another man when he’s with a woman at a bar.

In this case, the person might be giving off a number of body language signals that could point towards being anxious since they’re being untruthful to the people that they’re with.

Some of these body language signals could include rubbing the nose, cheeks, neck, ears or arms. They may speak with a different tone than usual, they may cover their neck at times, they might start foot-tapping at times and they might even start sweating slightly.

However, it’s important to note, that these body language signals won’t tell you straight up that a person is lying. Instead, they can suggest that there is something that is making a person feel slightly anxious.

To make a joke less personal

Sometimes people will wink when they are telling a joke. The reason for the wink here is to let you know that they are only joking and that they don’t really mean what they are saying.

Sometimes, someone might wink at you to say “are you ok”.

This type of winking will be more likely to occur in situations where someone might think that you are not happy. One example might be if a woman is talking to a man at a bar and her friend isn’t sure if she wants to so she winks at her to find out.

To let you in on a lie

One reason that someone might wink at you is to let you know that they don’t really mean what they are saying.

In this case, there will also possibly be somebody language signs that point towards some anxiety due to lying. Some examples might be rubbing their face, neck or arms more, covering their neck, tapping their feet or perhaps constriction of the pupils.

Consider the context when they wink

when trying to figure out why someone might have winked at you it would be helpful to think about the context in which they winked.

Was it after they just said something?

Was it after they said a joke?

If they winked at you right after making a joke then it would be more likely that the wink was to let you know that they didn’t mean to offend you.

Was it after they did something?

If they winked at you right after doing something then it would be more likely that the wink was either in a spiteful way to say “haha I got you” or it could be simply to suggest that they got away with something.

Another helpful thing to consider, when trying to figure out why someone might have winked, is the environment that they winked in.

In a business meeting

If the wink was in a business setting then it is going to make certain winks more likely than others. If it was a coworker then it could be to let you in on a secret or to suggest that they won’t tell your boss about something.

Consider their other body language signals

When trying to figure out why someone might have winked at you it can be helpful to consider the signals that they are giving from their body language.

There are many body language signals that a person can give off but below I will mention a number of them.

You would be surprised at just how much we can learn about how a person might be feeling based on signals that they are giving off from their feet. People learn, over time, how to control their face to avoid conveying certain messages but people rarely think about what their feet might be saying.

Another thing that you can look for from the feet would be foot tapping. This is where a person taps one of the front parts of their feet repeatedly. It suggests that they are getting impatient and that they are thinking about leaving.

With that being said, sometimes people will bounce their feet up and down a lot when they are excited or when they here good news. In this case, their feet are showing that they are feeling happy.

If you notice that a person winks at you and then they look away often then it would suggest that they might be thinking about leaving but they’d like for you to come. In this case, you should also look for foot-tapping and if they’re facing their feet towards the exit.

The way a person is smiling can also tell you a lot about how a person might be feeling. If a person winks when talking to someone but they’re not smiling in a genuine way where they don’t crease next to the eyes or open the mouth at all then it would suggest that they winked as a way of saying “come help me”.

Whereas, if they are showing genuine smiles where they do crease next to the eyes and open the mouth then that would suggest that the wink was to let you know that everything is ok.

How far away a person chooses to stand from you or someone else can tell you something about their feelings. If they tend to stand close to you then and they winked at you then that would be a sign that they did it due to .

When people like each other they will begin to mirror each other’s behavior. It could be that you previously winked at the person and they are simply mirroring your behavior. If you know that the person likes you and you have a habit of winking then it would suggest that this is the reason that they winked at you.

It can have different meanings in different cultures

Something to be aware of is that winking can have a number of different meanings in different cultures. This post was written with readers from the United States in mind. So, be aware that just because it’s ok to wink where you are from it might not be somewhere else. 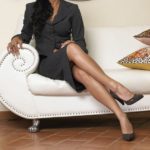 What it means when someone crosses their legs 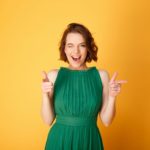 What it means when someone smiles at you