When trying to figure out what it might mean when someone is mirroring your body language there are actually a number of things that you should consider. It’s important to look at other body language signals that they are showing, it helps to consider when they started to do it and it helps to think about what their relationship with you is like.

What it means when someone copies your body language

It can mean a lot of things when you notice someone copying your body language. That is why it is important to consider other body language signals that they are showing.

Below, I will mention a number of reasons that someone might be doing it and I will mention the body language signals that you should expect to go with it.

They’re attracted to you

One reason that someone might mirror your body language is that they are attracted to you.

When we begin to develop feelings towards a person we begin to mimic their body language as it can help to make them feel more comfortable around us and helps to build rapport with them.

You may find that they tend to stand at a close proximity to you and that they move closer or reciprocate your touching when you touch them or move closer.

Another thing to look at is their feet. You may not have thought it but the feet are actually a good indicator of what a person might be thinking. The reason for this is that people learn to control the expressions that they show with their face but they don’t think about what their feet might be saying.

They will also likely have open body language where they lean towards you slightly, have their palms showing and don’t have their arms in a crossed position. If they do have a negative looking body language then it may be that they are mirroring your behavior.

You’ll also likely find that they tend to talk to you more than others.

They want to fit in with your group

One reason that someone might mirror your body language is that they want to fit into your group.

By copying the body language that you and your friends are showing on a subconscious level it would imply that they are also a part of the group.

This can help to get them to be more welcomed by you and your friends.

This also means that if you want to fit in with a certain group of people in the future then it would help you to mirror their body language.

On the other hand, they might be mirroring your body language because they see you as a key part of their own group.

If this is the case then it is more likely that they will see you as being slightly higher in the hierarchy than they are since it tends to be the case that people mimic the body language of the leaders in the group.

This is why employees in a company may mimic the mannerisms of the boss.

There are many ways that someone might begin to mirror your body language and it will be something that they do without thinking about it.

You may notice that they put their feet into a similar position as yours. So, if you have your feet tucked under a chair they may do so as well or if you tapping them then they might copy that.

They might mimic the position that you have your legs in. So, if you have your legs crossed then they might as well even though it is a closed position. This is one reason why you can see groups of people that are seemingly hostile to each other but are actually enjoying each other’s company.

They might also copy how you have your arms positioned. So if they are crossed then they might do that as well.

You may also notice that they copy the mannerisms that you have with your hands. So, they might make the same gestures with them and they might hold them in the same position as you do.

Additionally, they would also likely copy you when you touch them and if you close the proximity between you both then they would as well.

Think about who you mirror

It can be quite interesting to consider who you mirror yourself. Since people do it subconsciously it can be difficult to figure out when we are mirroring people but if you make a conscious effort to then you should be able to catch yourself doing it.

Something to be aware of is that sometimes mirroring other people can actually be a bad idea.

If someone is being aggressive then mirroring their behavior is likely to make them make their behavior even more aggressive. It would also be a bad idea to mirror your boss since they might perceive you as trying to threaten their position.

Consider other signals that they are showing

It would also be helpful to consider the body language signals that they are showing in addition to the mirroring.

This means that you should look at their feet and make note of where they are if they are tapping with them and in what position they are. If they are standing with their feet wide apart then that would often suggest that they are feeling confident.

Look at whether or not their smiles are genuine where they open their mouther and wrinkle next to the eyes. Look to see if their pupils are constricted or dilated and see if they are squinting.

You should also look to see what their normal body language looks like. It might be that they naturally have a similar body language to you which would suggest that they might have neutral feelings towards you if they don’t alter that at all when you’re around.

Think about when they started to mirror your body language

You should also think about your relationship with them. Women mirror actually other women 4 times more than men mirror men. So, if it’s a woman that’s mirroring you it would be a normal sign that they feel comfortable with you.

What does it mean when someone is mirroring you? If someone mirrors your body language then it would suggest that either they find you attractive, they consider you the leader of the group or that they are trying to fit in with your group. 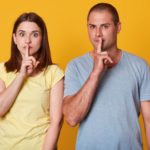 What does it mean when someone stands in your personal space? 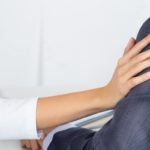 What does it mean when someone touches your arm?